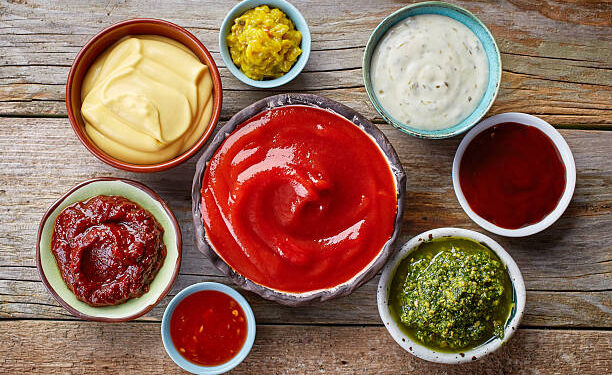 Frequent Condiments in Your Dishes

8 Must Have Condiments in Your Dishes

Often, condiments are taken as spices and vice versa, but there’s an obvious difference between the two. While spices are added during meal preparation (i.e., cooking), condiments are added to improve the flavour of foods after cooking.

There are several condiments used across the globe, but today’s focus is on the most important condiments to have in every kitchen, whether as a culinary expert or a culinary novice.

Let’s take you through the right must-haves one after the other:

Mustard belongs to the Brassica family and is considered one of the best condiments in the world. It has three varieties (white mustard, brown mustard, and black mustard).

Mustard is a beautiful choice for a lot of your dishes. Some mustard with mashed potatoes cannot give a vomittable combo. Apart from being used alone, mustard can be complemented with several other condiments to birth an entirely new awesome condiment.

How amazing! It can also be blended with butter and lemon to make a topping for toast. This great condiment not only enhances flavour but has also proven to be healthily beneficial.

When thinking of a condiment that can be added to all dishes, cinnamon will cross your mind first. That is how great condiment cinnamon is and even beyond. It is the second most popular condiment after mustard.

It is gotten from the inner barks of the tropical Cinnamomum trees, also known as cassia.

Whether in stick or ground form, cinnamon is wonderful. Many cuisines, including Indian, Mexican, Middle Eastern, North African, and West African, have adopted cinnamon as their primary condiment in dishes.

Cinnamon powder is commonly added to beverages, toasts, and pastries.

A sprinkle of cinnamon on an Italian classic will suit the belly. You may as well stir some powder into puddings or other desserts.

It is also incorporated into smoothies and sprinkled on vegetables and fruits.

Cinnamon can play several roles as a condiment because of its distinct, intense, and sweet taste. There’s a myth about cinnamon tightening vaginas, but this is not true and there is no scientific backing for it.

Nutella is a chocolate spread made from hazelnuts. It is manufactured by Ferrero, an Italian company, and is available in malls and retail outlets. It is also available for sale in online stores such as Jiomart, Konga, Jumia, Walmart, etc. It was invented by Pietro Ferrero.

Since its invention, a series of homemade recipes for Nutella has been tried out and is reported to have come out excellently well.

Nutella is considered a condiment, especially for bread and dips. It is New York’s favourite condiment.

However, research showed that Nutella is not a suitable option for daily consumption because of its high saturated fat content, which causes heart diseases, indigestion, and even raises cholesterol levels.

Turmeric is widely known for its importance in cooking and dermatology and hence a necessity in every kitchen. It belongs to the same family as ginger(Zingiberaceae). Its colour ranges from bright yellow to deep orange.

If you are seeking a condiment to give your dishes a golden colour, then you should think of turmeric.

The active ingredient in turmeric is curcumin, which is the agent responsible for the colour.

Turmeric is a superb supplement to stews, squashes, roasted vegetables, tea, etc. It has been found that turmeric is responsible for the yellow colour of curry.

Turmeric can also be brewed to a consumable tea and it can be used to cure indigestion, check 5 Home-Made Herbal Teas For Hemorrohid to learn more.

Rarely called catsup, ketchup is one of the most popular and important condiments used across the globe. It is primarily made of tomatoes and, secondarily, of vinegar, salt, spices, corn syrup, cloves, coriander, etc., depending on the blending option.

It is believed to be the hero of American condiments. According to www.natiinalgeographic.com, “97% of households in the United States report having a bottle at home”.

This graph depicts the consumption of catsup / ketchup in the United States from 2011 to 2020, as well as a projection through 2024. Statista compiled the information using data from the United States Census Bureau and the Simmons National Consumer Survey (NHCS). In 2020, 308.39 million Americans used catsup / ketchup, according to this estimate. In 2024, this number is expected to rise to 316.6 million.

Ketchup is used because of its smoothness and sweet taste. It is used in dressing salads and is a good idea as dips for fries.

Ketchup can also be enjoyed with hot dogs, egg rolls, broccoli, lentil soup, etc. It can as well go with other meals depending on choice.

According to Cambridge English Dictionary, mayonnaise is a thick, creamy, cold, sauce that is added to foods and is made from oil, vinegar, and egg yolk. It is shortened as and called “mayo”. It was originated in France, Spain by the French chef of the Duke de Richelieu in the year 1756.

Coleslaw is never complete without some mayonnaise. Yes or yes? Some bakers also showed interest in baking with mayonnaise.

It helps breadcrumbs stuck to beef, chicken, fish, etc. It is also used with other condiments to create entirely new condiments or sauces.

As valuable as this condiment is, it is found in a struggle for the best position with its counterpart, ketchup, but they, however, have their good and bad sides.

Mayonnaise should, however, be taken in moderation to prevent type-2 diabetes and cancer, and also to prevent the body from producing pro-inflammatory chemicals.

This Asian-native condiment belongs to the same family as turmeric as stated earlier.

It is prominently known for its flavour, especially the fresh ginger. It is one of the several spicy condiments used to enhance flavour in dishes.

Ketchup is Some slices of ginger can take your tea to the cloud-nine with its strong aroma and slightly peppery taste.

It can also be eaten alone to refresh a palate. It is also a good accompaniment to sushi and benishoga. It is a good flavour for meat, marinades, fish, stir-fries, etc.

Olive oil is gotten from the fruit of the tropical Olive tree. It contains mono-unsaturated fatty acids. It has numerous uses in cooking and as a condiment. Olive oil can be quite expensive, but it cannot be beaten for its benefits.

It is one of the purest oils in the world of condiments. It can be considered a good option for bread dips. It adds a great taste when added to salad and you can as well to your cheese with little Olive oil sprinkles.

By now, you will agree with me that these eight articles are must-haves, not just because they enhance the flavour of your dishes but also because of their health benefits. When next you are in a gathering where condiments are regarded as “overdoing”, do well to argue that it is simply normal.

How to Make Banana Bread Fast at Home 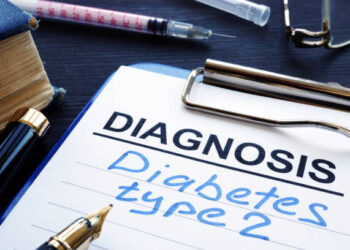 Introduction Nutrition is an essential part of a healthy lifestyle when you have diabetes. Following a healthy meal plan and...

Dyspepsia | 8 Foods To Free Yourself From Dyspepsia (Indigestion)

How to Make Banana Bread Fast at Home